Show them you care, with the gift of EFT shares.

EFT stock is a great holiday gift for any environmentally focused loved one! Gifting shares is a simple process:

Purchase shares in your own name at invest.emergingfuels.com.

After the broker-dealer approves the investment (typically 2-3 days), you’ll receive an invitation to log in to our “Shareholder Log-in” at emergingfuels.com, where you can view your investment on our transfer agent KoreconX’s portal.

Once you’re logged in, select “Start a New Transfer” (under the “Holdings” tab) to begin the gifting process. You can even gift stock to multiple people by designating the number of shares you’d like to give to each person!

After you confirm your transfer, the giftee will receive a link to go through compliance. Note: The person to whom you are gifting shares must be 18 years or older.

You’re all set! Connect with your loved ones and enjoy the holidays—you’ve done a very kind thing.

Thank you for thinking of EFT this holiday season! We appreciate your support as we work toward a sustainable future.

Print this page for your reference.

Invest in the renewable fuel revolution.

Methane is 28x more toxic to the atmosphere than carbon dioxide.

We take the methane caused by cow manure and transform it into low-carbon fuel!

Watch our video to see how we are revolutionizing fuel.

“...Emerging Fuels Technology then fed that gas through its own process, combining it with hydrogen (which can be produced either from methane or from water using electricity) to generate synthetic crude...”

Don’t miss out on the Decarbonization Megatrend!

How We Do It 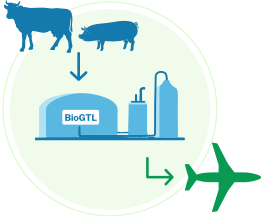 We are providing renewable jet fuel and diesel that are in high demand and short supply everywhere. 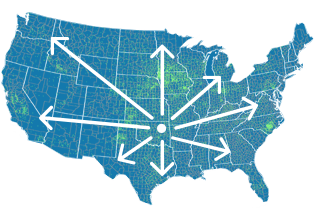 Many major multinational companies, as they hear about us, are interested. From the Air Force to leading airlines and major delivery firms with large trucking fleets—all are hungry for renewable fuels.

Upon successful completion of this raise, we intend to build and operate our own plants across the U.S.

What Makes Us Different 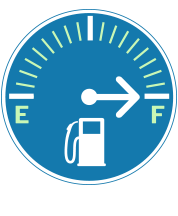 Our unique small plant sizes and operational efficiency result in a highly cost-effective process that yields what the industry calls “drop-in” fuels. This means that they are already fully compatible with existing engines and machinery. No engine modifications are necessary and no need to blend our product with fossil fuels, ours burn cleaner and more efficiently.

How We Make Money

Our technology is the core of current clients’ fuel projects.

There are hundreds of companies around the world that need our patented technology to create renewable and sustainable fuels at scale.

From manure to wastewater to landfills, our cost-effective, autonomous plants can make fuels around the country and around the world.

Both active and abandoned natural gas wells are set to flare, burning some of the escaping gas. Our process eliminates the flare, capturing all of the escaping gas turning it into fuels autonomously. Our low cost solution has thousands of applicable sites across the US and the Middle East.

In 2021 , EFT partnered with Twelve, a carbon transformation company, to successfully produce the world’s first-ever fossil-free jet fuel. This is an example of one of our licensing agreements. This drop-in fuel can replace fossil-based fuels without any modifications to existing plane designs.

This breakthrough is currently being evaluated by the U.S. Air Force.

SUPPORT THE FUTURE OF FUEL - $360 Minimum

(All income and wealth levels)

The investment sign up process is powered by KoreconX with broker-dealer level security and 256-Bit Encryption.

“...our technology is designed to create cost-effective solutions that redefine what was previously thought possible about production capacity, while simultaneously reducing greenhouse gas emissions.”

Decaying matter—cow or pig manure, wastewater, or landfills, for example—releases methane into the atmosphere. By extracting carbon from these waste sources, we end the decay process; then, by adding hydrogen, we can produce fuel. When that fuel is burned, the amount of greenhouse gas in the atmosphere is less than that at the beginning of the process, as the methane produced by decaying matter is at least 28 times as harmful as a greenhouse gas (like CO2).

In this process, which is at the core of EFT’s tech, the resulting fuel is actually considered “Carbon-Negative.”

With the successful completion of this capital raise, we plan to build our small-size, easy-to- install plants around the country and produce renewable, sustainable jet fuel and diesel to satiate the large appetites of commercial airlines and major corporations’ trucking fleets.

The world sees waste, we see the raw materials for renewable fuels. 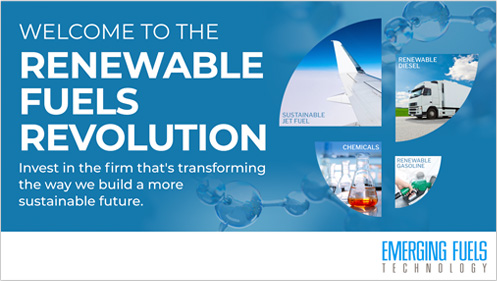 Read our in-depth guide for more details about EFT’s mission, as well as how to invest.

Emerging Fuels Technology (EFT) is creating the future of fuel. We are developing the means for carbon-neutral fuels that work in existing engines. Currently, we are licensing our core technologies to plants ranging from 2,100 to 420,000 gallons per day.

Upon successful completion of this raise, we intend to build and operate our own plants around the U.S. to provide the sustainable, renewable jet fuel and diesel that are in high demand and short supply. To meet today’s demand, the nation needs to expand its capabilities exponentially—and we intend to do our part.

Our management team members boast several decades of experience: many were leaders of major corporations in the crude oil, natural gas, synthetic fuel, and chemical engineering industries. Our leadership team is armed with the knowledge necessary to produce the most cost-efficient, high-quality fuels and chemicals, as well as hundreds of other products (such as solvents and waxes). In addition, our patents ensure our shareholder value scales with global roll-out. 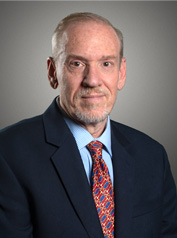 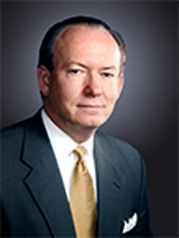 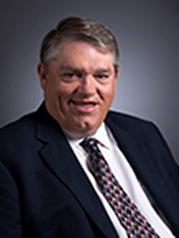 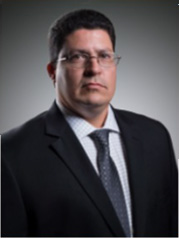 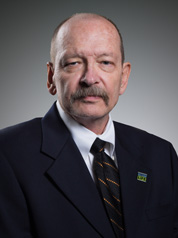 Kenneth Agee, Founder & President: has a background in crude oil refining and natural gas processing. In 1984, he formed Syntroleum Corporation a publicly traded company where he held the position of CEO and did extensive gas-to-liquids (GTL) development with several large oil companies between 1990 and 2007. In 2007, Mr. Agee formed EFT where he has worked to establish a growing contract research and technology licensing business while developing novel approaches to FT catalysis, reactor design, process integration and product upgrading that will significantly reduce the construction and operating cost of small, modular plants. Mr. Agee holds a degree in Chemical Engineering from Oklahoma State University and is listed on 26 issued U.S. patents and 3 pending patents.

Mark Agee, VP of Business Development & Licensing: has spent his entire career growing technology companies, from start-up through IPO, having taken two companies public. Mr. Agee was one of the original investors in Syntroleum, founded by his brother Kenneth Agee in 1984. Ten years later, he joined the company as VP of Finance and later became its President/COO. During his tenure with Syntroleum, he negotiated several partnerships, joint R&D agreements and license agreements with 7 international oil companies. He led Syntroleum’s public offering in 2000. Mr. Agee’s involvement with EFT began in 2010 where he has focused primarily on business development, strategy and licensing. He holds a degree in chemical engineering from the University of Tulsa and is listed on 10 issued US patents all in the field of synthetic or renewable fuels.

Ronnie Young, Lab Manager: Mr. Young joined Syntroleum Corporation as a supervisory chemist after graduate school and later transitioned to EFT after EFT acquired the laboratory assets. He has a background in oil and gas production and farming/ranching. While earning a M.S. in Chemistry from the University of Oklahoma, he gained applicable experience in the synthesis, handling, and characterization techniques for air and moisture sensitive materials. As the lab manager for EFT, he continues to direct lab operations which have expanded beyond small scale to various pilot plant reactor designs and capabilities. Additionally, he has worked to make improvements in FT catalyst formulation, preparation, and characterization methods in support of two commercial catalyst manufacturers. That effort led to standardized production methods and the production of over 150 MT of the EFT proprietary TL-8 catalyst for our licensees.

James W. Engman, Technical Services Manager: Mr. Engman has spent the last 20+ years working in the laboratory supporting the development of Fischer-Tropsch catalyst and related process technologies. Mr. Engman has managed the catalyst development laboratory for both Syntroleum and EFT. During his time as Laboratory Manager, Mr. Engman provided technical support for both our FT reactor and catalyst development activities and our extensive hydro-processing development activities. This included developing catalyst and process parameters for production of jet, diesel, solvents and base oils. Prior to his work in the Fischer-Tropsch world, Mr. Engman was the Laboratory Director for National Analytical Laboratories an environmental testing service laboratory. Mr. Engman holds a B.S. in Biochemistry from the University of Minnesota and an M.S. in Chemistry from St. Mary’s University of Texas. 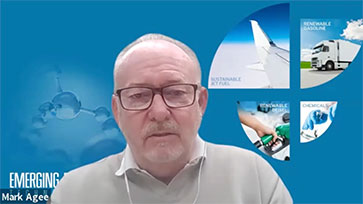 Scaling Our Business: How Our Renewable Fuels Can Cut Greenhouse Gas (and Make Profits)

Watch the webinar replay and read the answers to the questions that we didn't have time to answer live. 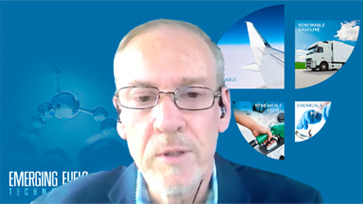 Fueling a Greener World: Our Journey to Turn Waste Into Profit

Watch the webinar replay and read the answers to the questions that we didn't have time to answer live.

Not ready to invest with us? Stay in the loop!

As our offering progresses, we would like to share the latest updates with you. To receive them, please enter your email below